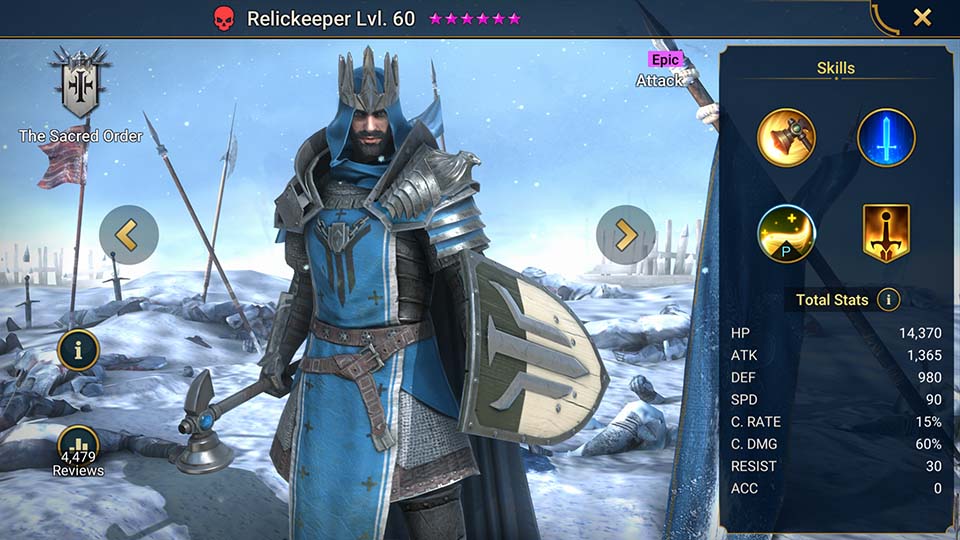 Relickeeper belongs to "The Sacred Order" faction under the Telerians army . Relickeeper is an epic ATTACK type warrior weilding the force affinity thus, very powerful against enemies with affinity. Relickeeper is very useful from early-mid-late game part of the game. In addition, Relickeeper is born as an exceptional leader as Relickeeper brings an Aura effect of (Increases Ally ATK in Campaign by 40%) to the team when sent into the field. See more detailed review and infomration about this champion below.