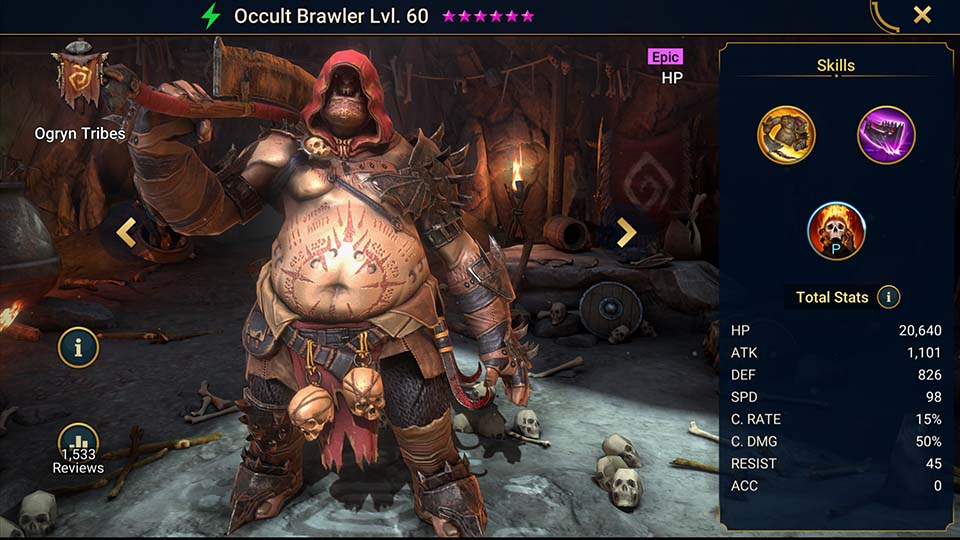 Most regard Ogryns and their kin as brutes, little better than beasts. That usually serves the giants just fine as it helps them maintain a fearsome reputation. Still, exceptions can be found far more frequently than some would like to admit. From ingenious blacksmiths to tacticians and even scholars. Yes, surprising as it sounds, there are Ogryns who are not only capable of reading – a shocking notion within itself! – but actually enjoy learning. Of course, not all of them extend the effort for the sheer joy of learning. Some pursue entirely selfish, sometimes even dark goals. Such is the mysterious Ogryn cultist, whose brutish strength and tenacity are only exceeded by the terrible powers he wields. Covered in occult runes, he turns hexes and curses set upon him by the enemy magic-wielders upon them and their allies instead, using their essence to strengthen his attacks. But such corruption seldom comes without a price – it poisons the cultist’s own flesh, driving him onwards to bring the curse to his foes.