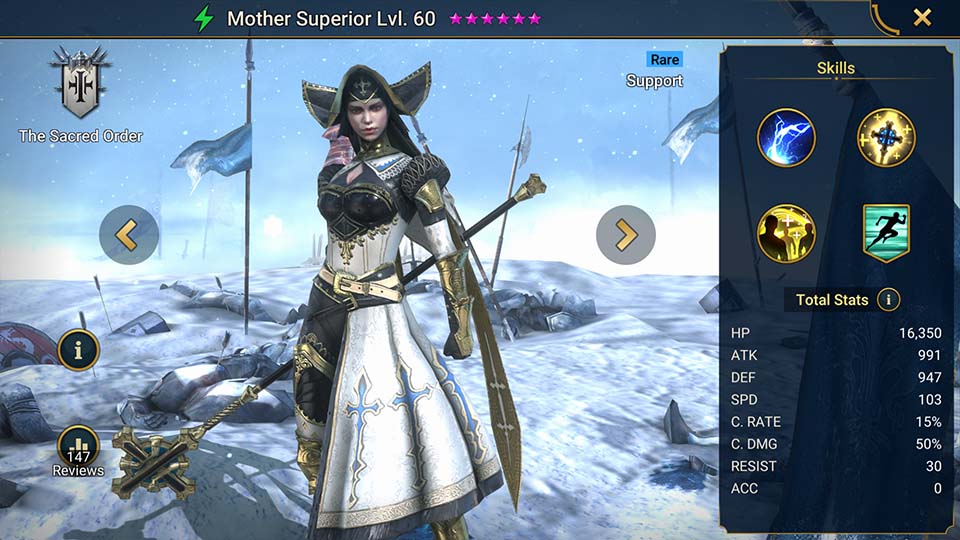 Mother Superior belongs to "The Sacred Order" faction under the Telerians army . Mother Superior is a rare SUPPORT type warrior weilding the spirit affinity thus, very powerful against enemies with affinity. Mother Superior is very useful from early-mid game part of the game. In addition, Mother Superior is born as an exceptional leader as Mother Superior brings an Aura effect of (Increases Ally SPD in all Battles by 13%) to the team when sent into the field. See more detailed review and infomration about this champion below.