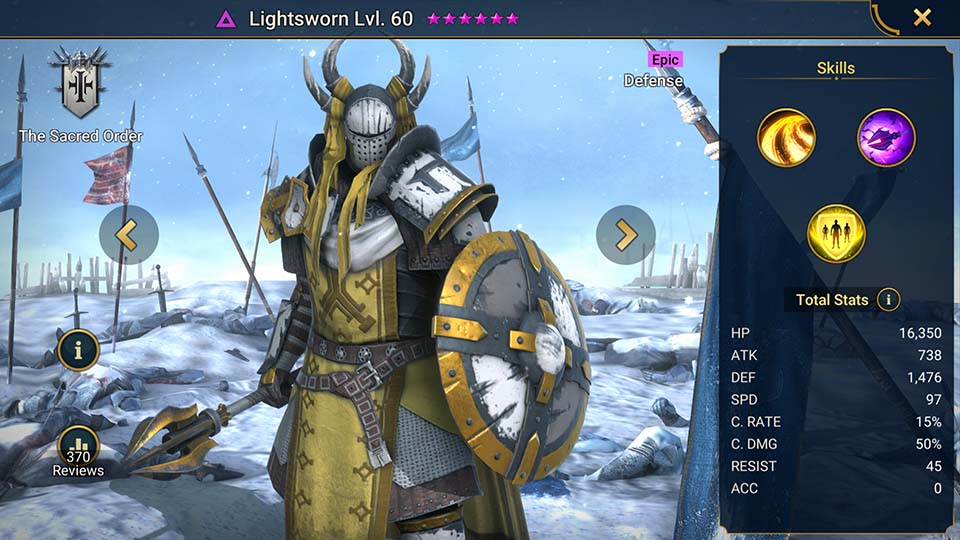 The Lightsworn is a warrior of the Sacred Order who has devoted his life to defending the Order and its ideals. Armed with his heavy armor and mace, the Lightsworn puts his life on the line for both his Queen and his fellow brothers.