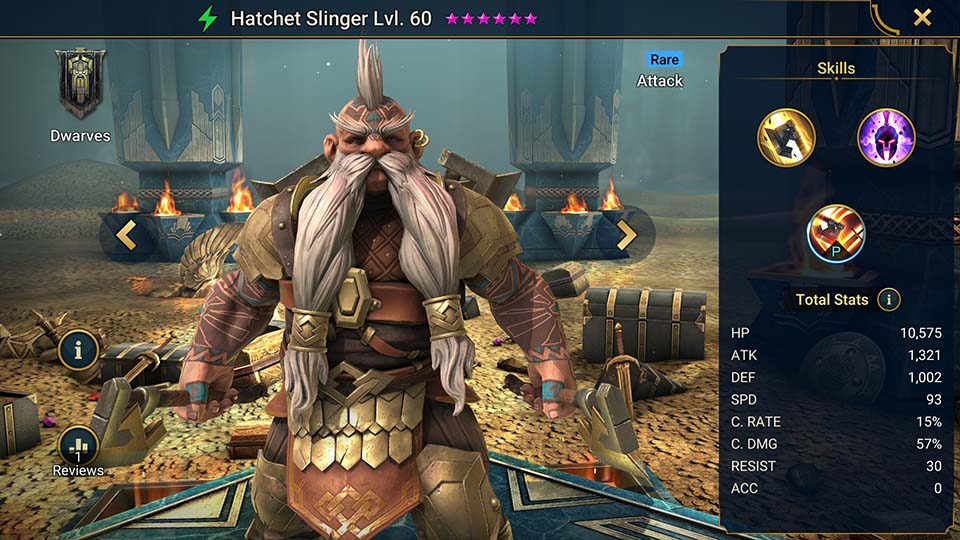 While the bulk of Dwarven armies value discipline, there are those among the Children of the Stone who are far too wild-natured for line service. These mavericks, often recruited from the outcasts of the Dwarven society, are still useful, however. Wild they may be, but many fierce warriors can be found within their ranks. Hatchet Slingers are one such unit – skirmishers drafted from the lowest castes of the Kingdom, given basic gear and tasked with harassing the enemy. Far too unreliable to be trusted with a powerful ranged weapon such as a crossbow, they are instead allowed to carry a ridiculous number of throwing axes. Still, in experienced hands, even these become terrifying, as many of the Mountain King’s enemies have found out.