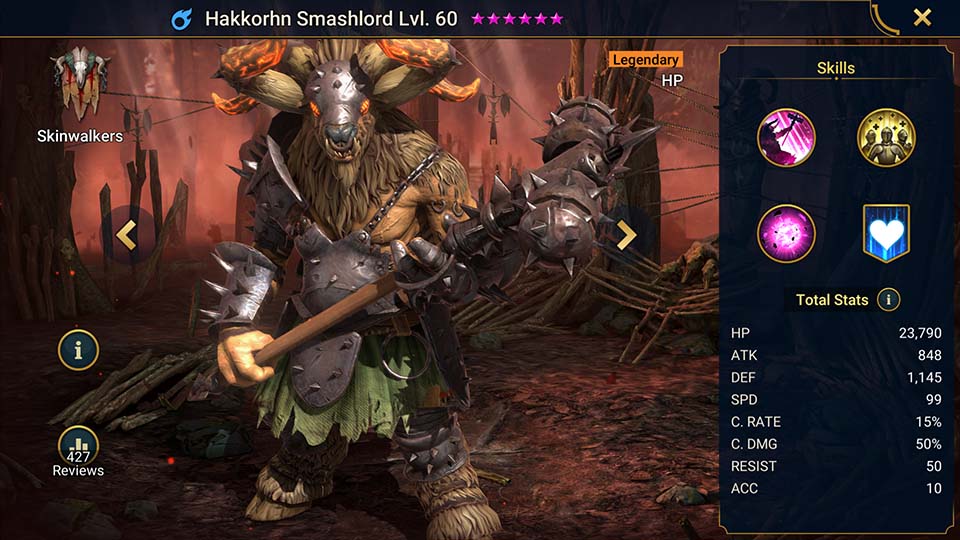 Skinwalkers, prized for their natural resilience and strength, often become the target of slavers from all across Teleria. The Dark Elves, though often allied with certain tribes, are particularly fond of capturing the creatures they see as little more than beasts and using them for back-breaking labour or bloody gladiator battles for their own twisted amusement. Sometimes, the unfortunate few become the unwilling subjects for magicians seeking to unlock further mysteries of the Dark Arts. Such was the fate of a minotaur known only as Hakkorhn Smashlord today. Whatever his former life used to be, it was burned to ashes. Everything stripped from him. Horrific experiments conducted by a Dark Elf witch coven infused the poor creature with a fiery rage that could not be quenched. Thus strengthened beyond even his beastly physique, the Smashlord was unleashed upon one of the slave-fighter arenas. The results were far more spectacular than his new masters could imagine, and for years the Hakkorhn reigned as the undisputed champion. But despite the various enchantments and hexes, the minotaur’s will still simmered underneath. Slowly, he started regaining his former self until one fateful day where, in the midst of combat, the Smashlord turned on his captors and cut a bloody swathe through the guards with the help of his fellow slaves. Such was the carnage, that the stunned Dark Elves did not give pursuit until reinforcements arrived from a neighboring hold. And by that point, Hakkorhn and the other rebels were long gone. Though still tortured by dark spells that once bound his will, the Hakkorhn roams the land as an errant warrior in search of a worthy cause to lend his strength to.