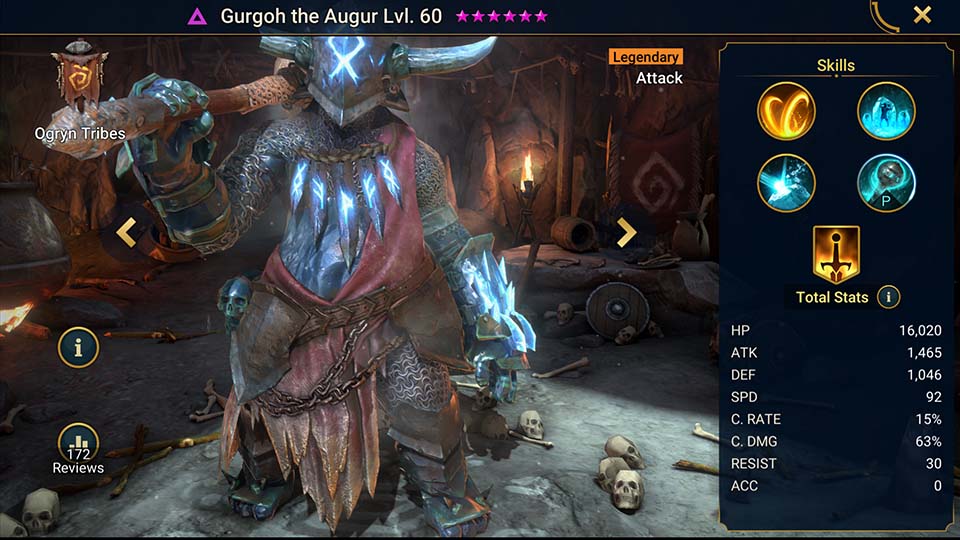 Gurgoh The Augur belongs to "Ogryn Tribes" faction under the Gaellen Pact army . Gurgoh The Augur is a legendary ATTACK type warrior weilding the void affinity thus, no weakness against other affinities . Gurgoh The Augur is very useful from late to end game part of the game. In addition, Gurgoh the Augur is born as an exceptional leader as Gurgoh The Augur brings an Aura effect of (Increases Ally ATK in Faction Crypts by 44%) to the team when sent into the field. See more detailed review and infomration about this champion below.