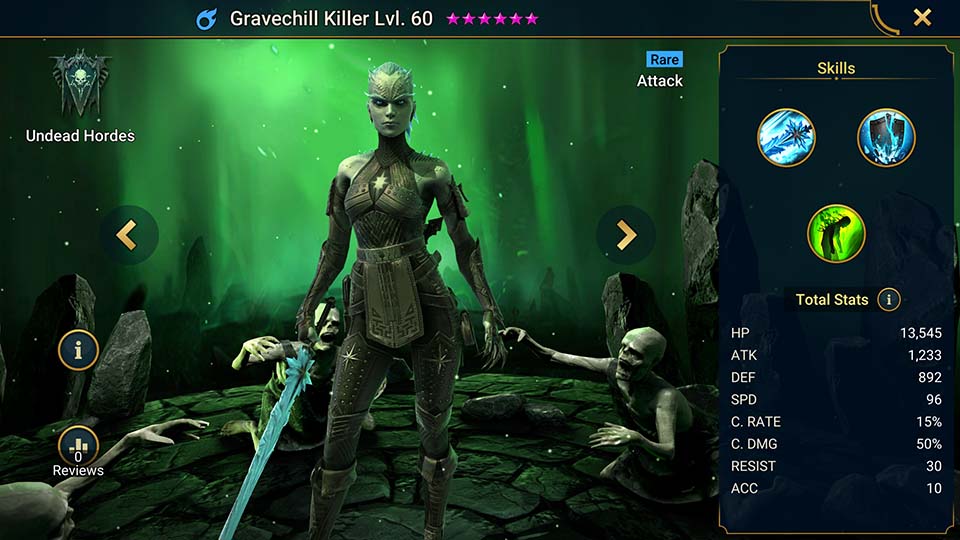 The dead of Teleria are not always a quiet lot; some have a nasty habit of ignoring the core principles of mortality and walking the earth once more, terrifying the living and sometimes worse. The powers that bring these unfortunate souls back from the Afterlife are as varied as the Undead themselves. Some may be raised by a necromancer as little more than a shambling empty shell, others willingly condemn themselves to this bleak existence for fear of death. The Gravechill Killer is an aptly named abomination of a rather peculiar nature. She was likely a sorceress in the service of Siroth once, perhaps even a necromancer who commanded the Undead swarms invading the Winterlands. Whether by blade, by spell, or by her own folly, she was slain and left forgotten beneath the snow. But some malice cannot be tempered by death. When a new onslaught of darkness began, this creature rose from her icy grave, her eyes burning with sorcerous power and lust for vengeance. The Champions who find themselves facing the Gravechill Killer would do well to beware, for her frozen blade is steeped in venom and is sharp enough to cleave through even the toughest armour.