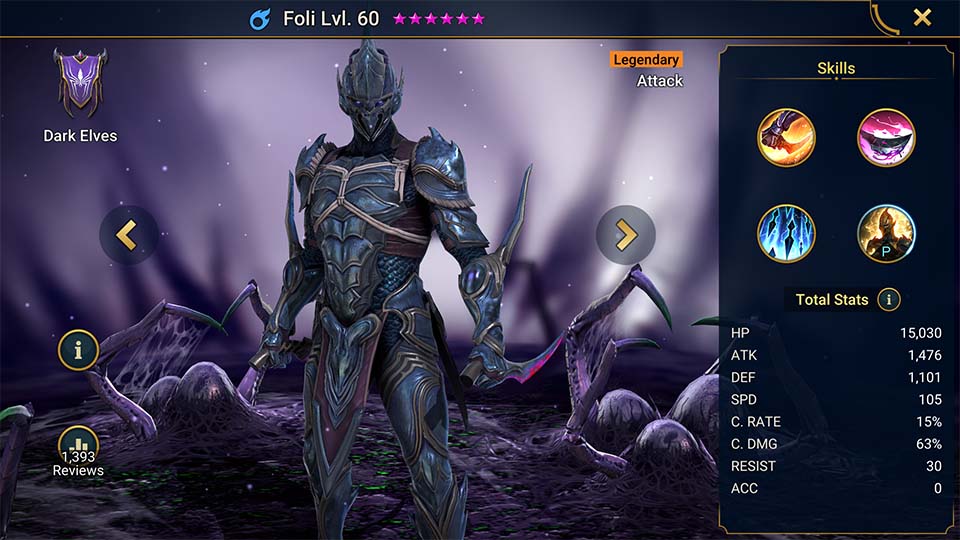 Foli’s origins are shrouded in mystery. Some say he was among the first Elves to have been banished from the Kingdom of Aravia for dabbling in the forbidden Dark Arts. Others – that he was unjustly persecuted by his political rivals and forced into exile. Foli himself certainly cares little for rumours and legends, his focus remains on the present and his role in the war against Siroth. For decades, he worked alone, striking alliances and backroom deals with numerous powerful figures across Teleria. His goal was ever the same – to uproot the servants of darkness wherever they could be found, by whatever means necessary. His natural talents are enhanced manyfold by the strange armour he wears. Whether created by magical means, or a symbiotic creature eons-old, this living carapace provides exceptional protection and vitality. Crushing blows that would daze and debilitate lesser warriors seem to have little effect, wounds mend as fast as they would beneath a skilled healer’s touch, and the armour itself serves as a terrifying extension of Foli’s arsenal. Such an elusive Champion is not easy to recruit, yet if his loyalty is gained few foes will be able to stand in his Company’s way.