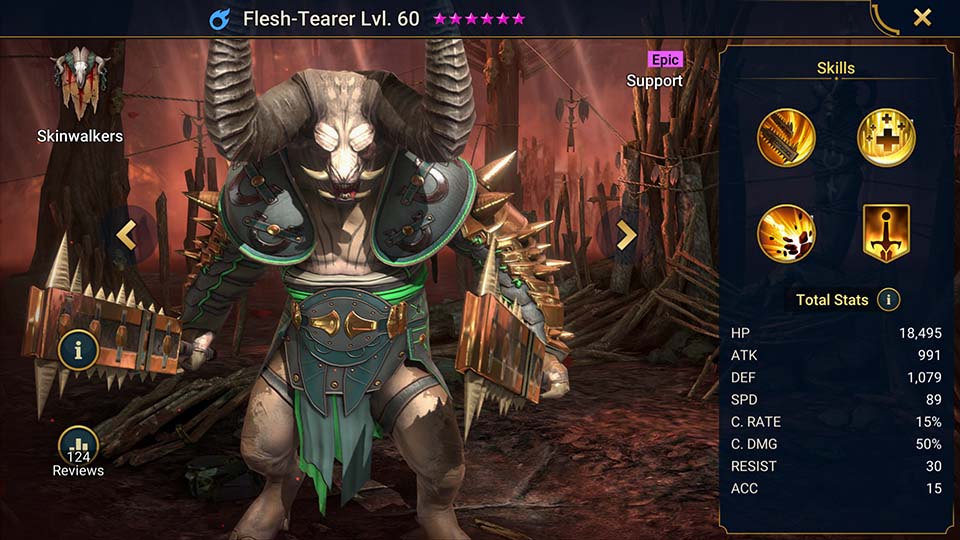 It is a common assumption among Skinwalkers that the bigger one’s horns or antlers, the stronger one is. That is, of course, a vestige of their bestial nature, one that is often proven to be untrue. The Flesh-Tearer is a very good example of this. Despite his fear-inspiring name, he is no fearsome warrior but a wise healer who can keep others alive. The secrets of handling herbs were passed to Flesh-Tearer from his father, just like they were from his father’s father before that.