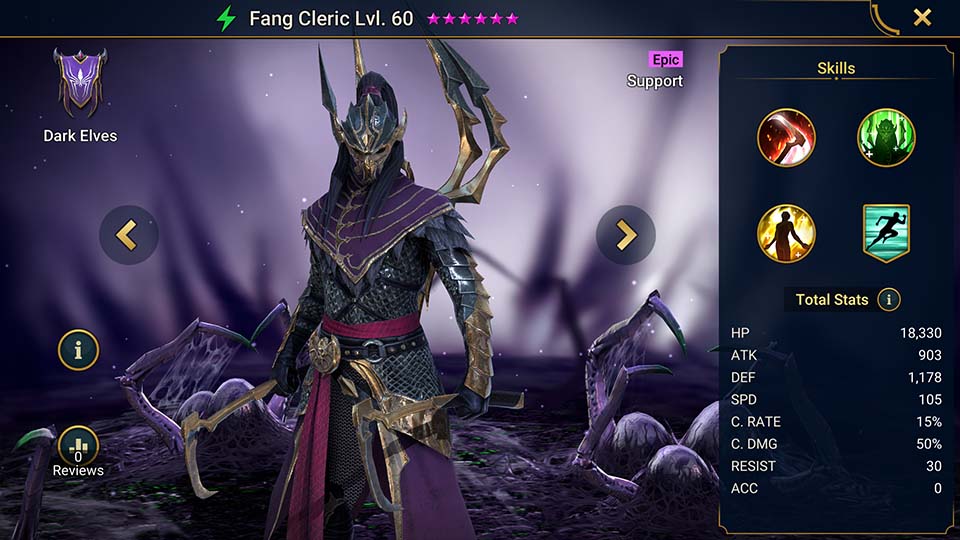 One would be hard-pressed to identify a central religion that would bind the byzantine society of the Dark Elves, for their loyalty is to themselves first, last, and always. Far wiser to the mystical ways of Teleria than the primitive tribes of Barbarians or monstrous humanoids like Orks and Ogryn, these cunning exiles do not delude themselves into thinking spirits or eldritch entities are true gods – even if the power they extend over the mortal plane is immense. Of course, these powers can be used to one’s advantage, and there are many Dark Elves who pay lip service to various magical beings. Some, however, go further. The Fang Clerics worship a variety of spirits, whose strength is drawn from blood and death. Many of the ‘clergy’ are former assassins and have sought the aid of their patrons in the past when they were stalking their victims. As such, these Fang Clerics as they call themselves retain many of their former habits and skills, preferring to work from the shadows. The blessings they provide can allow an ally’s presence to be concealed, for the enemy’s hexes to turned to the Fang Cleric’s own advantage. Some are even capable of calling upon the Spirits of Murder, staying their hunger with promises of greater sacrifice in exchange for the life of an ally who had recently fallen.

Return to the Ranks