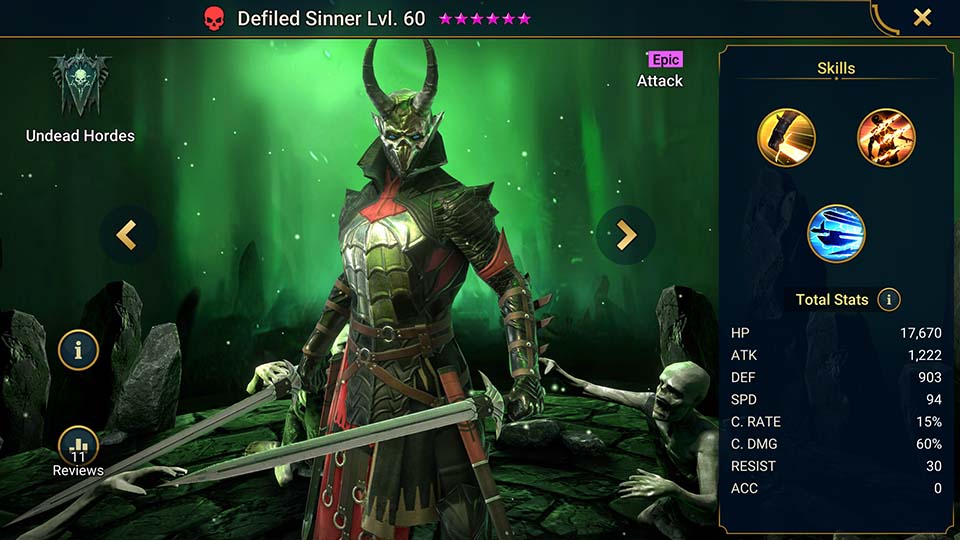 An unseen terror stalks the streets of Arnoc, killing at night and draining the lifeblood of its victims. Bands of militia and city guard scoured the slums countless times, yet failed to deliver any results. Dozens of them had been found dead on several occasions, slain by this mysterious murderer with horrifying ease. It had not taken long for the rumours to spread through the city, and terrified citizens to speak of a demon whose eternal hunger drives it to kill and feast on the souls of those it kills. The truth is only marginally less terrifying. The culprit is no demon, but a master assassin who had been hanged in the city square several years ago. Whether by the hand of a dark mage or his own enduring hatred and the will of Siroth, this merciless warrior burst forth from his grave and now endures in Undeath. Apparently the execution has not dulled his murderous talents either, it merely gave the assassin a thirst for the blood of the living. Thus armed with his own skills and the vile predatory instincts of a vampire, he roams Arnoc and metes out misguided vengeance against all who cross his path. Though a monster without any doubt, the Defiled Sinner is also a very capable warrior, and his talents enable him to battle numerous enemies at once with shocking efficiency. Some less scrupulous heralds of the Arbiter may wish to bind him to their will rather than send him back to the grave.