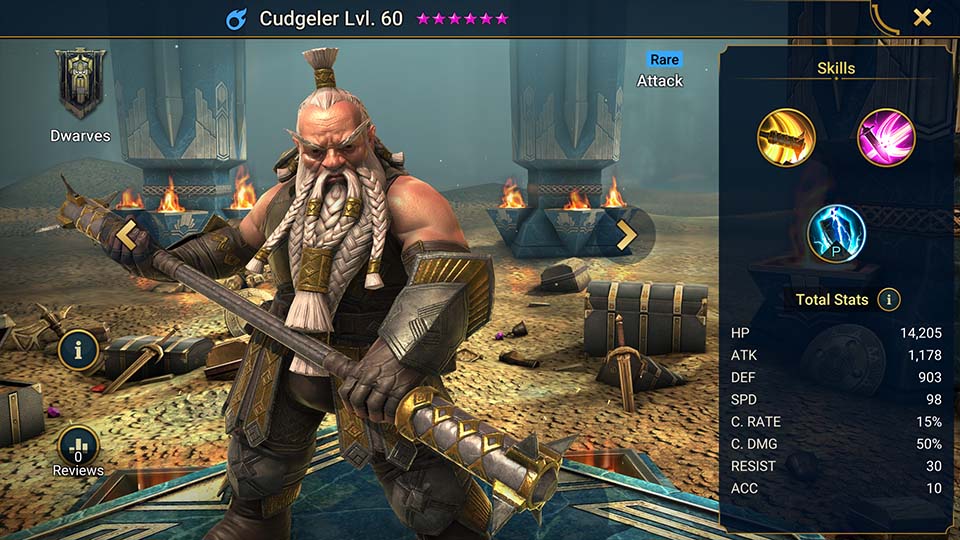 The Cudgelers are a small but unique warrior guild that has carved its niche in the Dwarven society. They eschew heavy armour so beloved by their kin and fashion their hair in a style that is clearly influenced by foreign traditions – something that is almost unthinkable for a proper Dwarf. Their weapon of choice is also unusual – a double-handed staff with two mace-like crowns. This they wield with expert precision, deflecting and counterattacking in a frightening flurry of swings and swipes. Legend has it that the founder of the guild – an adventurer whose name had long been lost to history – travelled far and wide, learning what he could of various cultures and their ways of war. None, however, captured his heart quite like the martial arts of the Mysterious East – a land said to lie far beyond the accursed Brimstone Pass and the roiling seas that separate continents. Upon his return, the bold adventurer wished for nothing more than to share his knowledge so that his kin be strengthened by it. And while the isolationist tendencies of the Dwarves made it difficult, he eventually founded a warrior guild – one that would carry his teachings on through the centuries.

The Harder They Fall