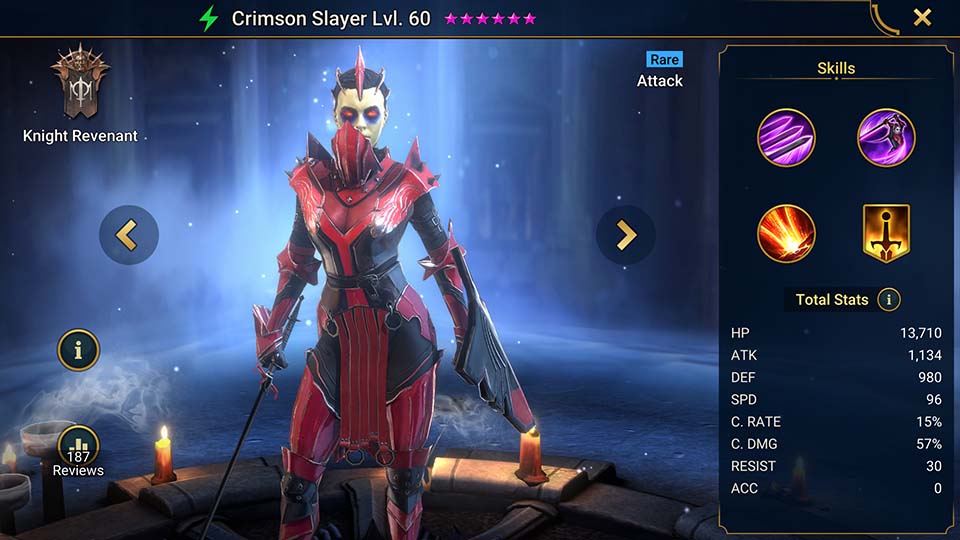 Stained red with blood, the Crimson Slayer roams the battlefield. Once a proud warrior, she has succumbed to the darkness within and without. Now bereft of her old self and driven forth by the will of her dark Master, she fights with the desperate abandon of a berserker. The dark magic that courses through the veins allows the Crimson Slayer to sap away her foe’s will to fight with every strike – sometimes to the point of sending hapless Champions into deep and apathetic slumber – while invigorating herself to greater acts of carnage. Even her sword has been enhanced with terrible hexes that allow the blade to cause torn wounds that even the best of healers will struggle to heal.