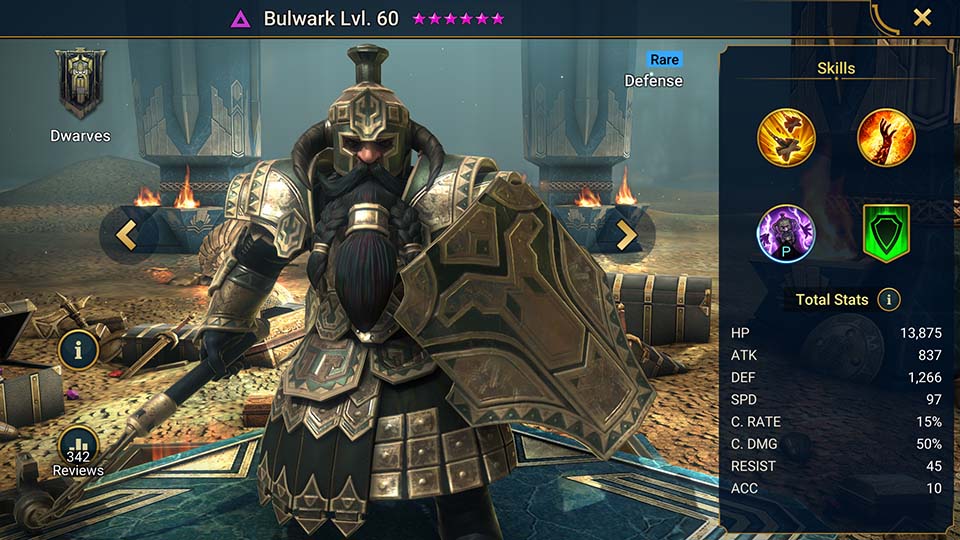 Dwarven heavy infantry is notorious for holding the line against impossible odds, standing firm like a cliff before the onslaught of waves. Their armour can take the mightiest of blows without as much as denting, their shields form an impenetrable wall, and as their foes retreat exhausted, the line marches forth in perfect formation to the sounds of drums and horns. When their flails land, they cripple and weaken the foe. Some are even fitted with braziers of alchemic fire, allowing a precise blow to set its target ablaze. The main weapon of the Bulwark, however, is his discipline and defensive tactics that not only repel the enemy but also keep them at a disadvantage for as long as possible.